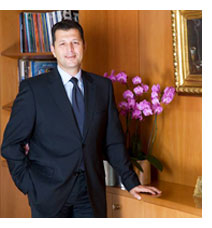 After having received BS degree in Mechanical Engineering (1980) and an MBA from Columbia University, New York, (Finance and International Business – 1983), Tayfun Bayazıt started his banking career at Citibank in 1983. He subsequently worked in executive positions within Cukurova Group for 13 consecutive years (Yapı Kredi as Senior EVP and Executive Committee Member, Interbank as CEO, Banque de Commerce et de Placements S.A. Switzerland as President and CEO). In 1999, he was appointed as Vice Chairman of Doğan Holding and an Executive Director of Disbank. In 2001 he assumed CEO position at Disbank. In 2003 he was also appointed Chairman and was requested to remain as CEO of Fortis Turkey and the region in July 2005 after acquisition. Consequently he was elected as Chairman of Fortis in 2006. Bayazıt came back to Yapi Kredi in 2007 (UniCredit Group and Koc Holding JV this time) as CEO and two years later he was elected as Chairman. Mr. Bayazıt left this post in August 2011 to set up his own firm “Bayazit Consulting Services”. Mr. Bayazit serves as independent board member at TAV, Migros and Dogan Holding and as Chairman of Marsh & McLennan Group (Marsh, Mercer and Oliver Wyman) Turkey. He is Vice Chairman of TUSIAD (Turkish Industrialists and Businessmen Association) and takes active role in various other non-governmental organizations such as Corporate Governance Association of Turkey, Embarq and Turkish Education Volunteers Foundation (TEGV). 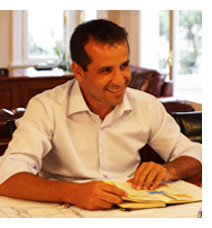 Ferhat Keten was born in Aşkale in 1974. He is graduated from İstanbul Erkek Lisesi. He succeeded to enter the top 100 in ÖSS, the university exams of Turkey. He was ranked as the first student in entering Istanbul Technical University, Faculty of Architecture where he is graduated. He received a master degree of Nottingham Trent University / England, Waterford Technology Institute / Ireland and Karlsruhe FHTH / Germany.

Ferhat Keten works on his PhD in Istanbul Technical University, Faculty of Architecture, Urban and Regional Planning Department and has lectured at the universities of ITU and Kültür University. 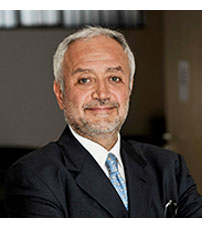 Mehmet Hakan Birced was born in Istanbul, Turkey in 1955. He graduated from Istanbul German Highschool in 1974. He obtained his BSc degree as an electronics engineer from Istanbul Bosphorous University in 1978.

During 1978-1985 he worked as production manager and export manager in various companies of Borusan Holding A.Ş., a group of companies producing steel tubes and pipes to be marketed domestically and internationally.

During 1985-2010 he acted as country director of Turkey for Primary Industries Corporation. As of 1992, in addition to his responsibilities of the Turkish operation, he was promoted to become a Trading Executive Board member of the mother company, namely Primary Industries Holding with headquarters in London, UK. He later became the managing partner of this company.

In 1996, in addition to his above mentioned responsibilities, M.H.Birced directed the founding of the Steel Service Center in Istanbul, which was a joint investment of Arcelor Group and Primary Industries Corp. He undertook the executive board membership responsibility of this company during 1996-2010.

M.H.Birced is married with two children. He speaks German and English in addition to his mother tongue Turkish. 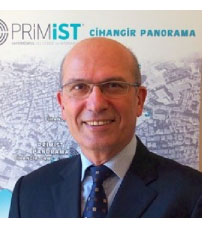 Has over 25 years of commercial and investment banking experience in Turkey. During 1980-1994 he has assumed various management positions at Citibank and was the Deputy General Manager and Vice President in charge of Corporate Banking and Corporate Finance activities of Citibank in Turkey. In his latest role he has formed and led the Corporate Finance Department which was one of the first in the country with a focus on structured finance, M&A, and project finance. Between 1994-2003 as the CEO and Board Member of Alternatifbank he developed a start up bank into a midsized Turkish banking franchise with activities in corporate, commercial and personal banking and with subsidiaries in capital markets intermediation, asset management and leasing fields and has represented the Financial Services Group at the Executive Committee of Anadolu Group. He led the acquisition of another mid sized bank, Dışbank, by Dogan Group of Companies and as a board member of this bank coordinated the restructuring activities of the acquired bank. Following 2003 he has been acting as strategic advisor/board member for international financial institutions and forming investment partnerships to develop/invest in projects in power production, commercial/residential real estate, and agribusiness fields. Following Talas – Tarsus American Colleges, he has earned BS in Management from METU in Ankara and MSc. Industrial Administration from Union College, Schenectady – New York 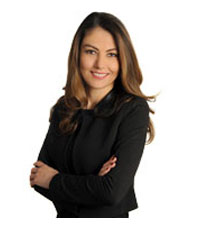 After graduating from Istanbul Technical University’s Faculty of Architecture, Urban and Regional Planning Department in 2006, Özbaldan received her MS degree at the Real Estate Development department of the same university, her thesis being on the subject of “The use in the Real Estate Evaluation Process of the market analysis aimed at the ‘Most Effective and Efficient Utilization’ as applied to Ispartakule Example”. Özbaldan is a member of the Turkish Capital Markets Intermediary Institutions Board and is a licensed real estate expert.
Having started her career as an “Assistant Evaluation Expert” in Çelen Kurumsal Gayrimenkul in 2006, Özbaldan earned the “Evaluation Specialist” and “Senior Specialist” titles in the same Company. Having almost 7 years of experience in consultancy and surveying fields, throughout her carrier Özbaldan worked in various fields such as; analysis and evaluation of various types of real estate such as Land-building, residences, business centers, tourist facilities, factories and other production plants, shopping malls, warehousing sites, harbors, etc. and in preparation of feasibility studies for different investment projects such as housing estates, shopping malls, hotels, hospitals and joint utilization projects, as well as real estate and property based most effective and most efficient utilization analysis, due diligences, market analysis, market research, investment strategies, location selection and location analysis.

Funda Özbaldan joined Primist Gayrimenkul Geliştirme ve Yatırım A.Ş as of July 2013, and has since been working as the “Business Development Manager”.